A Quick Guide to Drinking Alcohol and Remaining Lean

Celebrations, meet-ups with old friends, a night out with your loved one…these can often lead to the consumption of a drink or two. (I’m an old-fashioned kinda guy, how about you?)

In other words, drinking (when done occasionally) can be a positive thing.

Now if you’re trying to get healthy, burn fat, or build muscle, it’s important to realize that having a drink every now and then isn’t the end of the world – nor should it be.

Having said that, if you do plan on drinking alcohol and want to remain on track with your body composition goals, there are a few steps you should take into account.

If followed correctly, these steps will allow alcohol to be a part of anyone’s lifestyle without having to sacrifice progress when it comes to their health and fitness.

Here are the facts

Let’s be real – alcohol, in most cases, isn’t going to optimize your body composition or performance.

And if consumed excessively, it will almost certainly cause negative effects both in the long and short-term. Health, body composition, mood…everything.

However, when consumed moderately, alcohol has actually been shown to improve certain health markers, including an improvement in insulin sensitivity and lowered triglyceride concentrations.

On top of that, studies over time have consistently shown that moderate drinkers live longer than non-drinkers, and can contribute to a healthy, disease-free life.

But here’s the thing…there’s a pretty big difference to having one glass of red wine before dinner versus pounding jager bombs with friends on a Friday night.

The fact is, people who enjoy drinking (which again, is totally fine), may have instances where over-consumption can become an issue – especially if you have serious goals when it comes to your health & fitness.

So this begs the question…

Can you have multiple drinks a week and still make progress?

First of all, alcohol (believe it or not) does contain calories. 7kcal/g to be exact. Very unfortunate, but it’s true.

On top of that, calories from alcohol are not satiating in the slightest, thus them often being referred to as “empty calories.”

So not only are you adding on excess calories that don’t fill you up, you add in the fact that alcohol affects our will-power and inhibitions. In other words, our decision-making.

For example, someone who lives a healthy lifestyle, crushing an entire pepperoni pizza at 2 am probably never crosses their mind. But when they’re drunk? 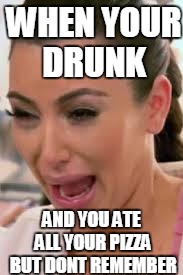 At the end of the day, if fat loss and/or improving your body composition is your ultimate goal, the more lean/shredded/muscular you want to become usually requires more sacrifice or changes in “regular” behavior.

While this doesn’t mean you have to swear off drinking for good, it also doesn’t mean you continue to have after-work cocktails 5 times a week or pounding beers on the weekend if you’re really serious about making changes.

Finding a sustainable balance will always put you in the best position for success – no matter what your goals are.

But for those that want to have their cake (or in this case tequila) and eat (drink) it too – make sure you follow the steps below to mitigate as much damage as possible – while still gettin’ yo drink on.

Before you start drinking

The difference between someone struggling and those people you see who drink, go out to eat and have fun all while seemingly staying in amazing shape really just comes down to consistency and preparation.

First, if you’re having just a drink or two during the week, ideally you’ve accounted for this beforehand. Buffer your calorie intake and preferably have the drink before dinner, not during, as I’ll explain why in the next section.

Second, if you have a big event coming up (think wedding, birthday, etc..) that you know will involve more drinking than usual – here are some steps you can take beforehand to put yourself in a good position.

You ever hear that old saying, “never drink on an empty stomach?”

Well as it turns out, that isn’t exactly a rule that is based in science.

When you consume alcohol, it immediately becomes the first priority for your body to be broken down, detoxified, and processed.

Therefore because of this, when you do consume food while drinking (especially high amounts of dietary fat) it usually gets stored as fat, provided you’re not in a caloric deficit.

So in a lot of cases, it’s not the actual alcohol that does the most damage, it’s the eating while you’re drinking that almost always prevents you from staying on track during that week.

So as I mentioned in the previous section, you may actually be better off drinking on an empty stomach, especially if you’ve been fasting, just worked out, or at least haven’t had a meal in a few hours.

This is because your glycogen will most likely be depleted, therefore when you consume your drink, it gets processed and utilized for replenishment.

Not only that, but you’re getting a lot more “bang for your buck” if you’re looking for the euphoric, “buzzed” feeling (which most of us are), because you have can have one drink before dinner (maybe add some EAAs if it’s post-workout) and feel great, without having to excessively drink more to get the same feeling if instead, you had a full stomach.

Now obviously I only recommend this rule when you’re having 1-2 drinks MAX. 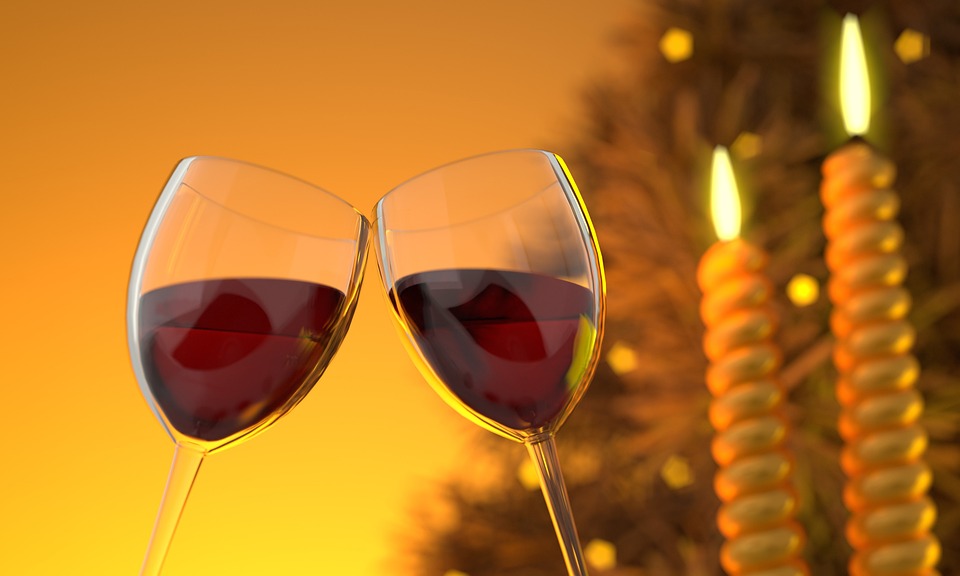 If you’re going to a big event where the drinks will be flowing, you’ll want to follow the directions on nutrition I previously mentioned beforehand, along with these additional tips:

Remember why you’re out in the first place. Enjoy the company you’re in and be present in the moment instead of constantly worrying where your next drink will come from.

Here’s where it gets tough. As I mentioned before, alcohol inhibits our good decision making. It’s during this time, that the majority of damage is usually done when it comes to body composition.

Now ideally you come back home, drink water, and go to bed. But for the times where that doesn’t happen, try following these tips instead:

It’s clear that moderate alcohol consumption is fine for most people and can actually improve some health bio markers over time. However, when it gets to be any more than a drink or two a couple of times a week – seeing consistent progress in the gym and in the mirror becomes more and more difficult.

My advice? Figure out your priorities and get aligned with them as much as possible.

Is going out drinking with friends and co-workers something that you enjoy and is important to you?

That’s fine, but know that you may not have those abs you’re looking for and certain parts of your health may suffer.

If you’re the number one goal to get as shredded as possible in the next few months?

That’s cool too, but know that you’ll probably have to skip out on some social obligations or be okay only sipping on water.

As long as you’ve accepted both the benefits and consequences of your decision, that’s what’s most important at the end of the day.

Drinking is something that is apart of many people’s lives & cultures. At the same time, it’s something that can be completely debilitating for people all around the world. So with having said that, have fun but drink responsibly.

If you enjoyed the article, please leave a comment below and let me know!

Thank you for reading.

Want to learn how you can transform your body and relationship with food using intermittent fasting? Apply for my 1:1 Coaching Program here.

Make sure you check out my FREE Guide on Intermittent Fasting here.